I came across a great post about updated Silverlight 2 roadmap [1].

Today I updated my Surface Demo [1] (original source from Silverlight examples [2]). Well, there are only some small changes since last beta 1.1. So I have added a DeepZoom [3] control (MultiScaleImage) to the demo [4]:

You may have noticed that the Silverlight web site at Microsoft.com [1] has been updated. Well, I looks nicer than before, I like it. The system requirements are available here [2]. 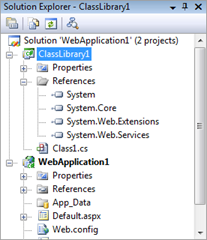 To prepare my laptop for the next weeks I reinstalled my last image to get rid of all the beta software I tried the last months. Oh, I have to install Silverlight [1] to be able to develop and show some demos. While visiting some web sites from Microsoft I got a small popup showing me that I can get a better experience on that site when I install Silverlight 1.0. Here are some screen shots:

swirlhost [1] has released their new chat module [2] that is designed specifically for DotNetNuke [3]:

In one of my last posts [1] I wrote about the Silverlight Surface [2] demo of the "photo table". If you had a look on the live demo [3] you only see images, no video. I have added this because it is a very great idea to do it with Silverlight and the high media support inside.